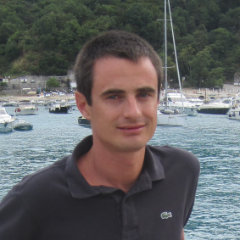 Bio: Bio: Pietro has been a Research Staff Member in the group of Mobile Enterprise Software led by Marco Pistoia since July 2013. Before joining IBM Research, Pietro was a lecturer at ETH of Zurich in the Programming methodology group under the supervision of Peter Mueller from April 2009 to July 2013. Previously, he obtained the PhD degree in Computer Science from the Ecole Polytechnique of Paris and the Universita’ Ca’ Foscari of Venice on May, 22nd 2009. His PhD thesis directors were Radhia Cousot and Agostino Cortesi. I defended my PhD thesis on May 22nd, 2009 at the Ecole Normale Superiore. In addition, he was an intern at Microsoft Research in Redmond in the PLA group from August 20th 2007 to November 9th 2007 under the supervision of Francesco Logozzo.